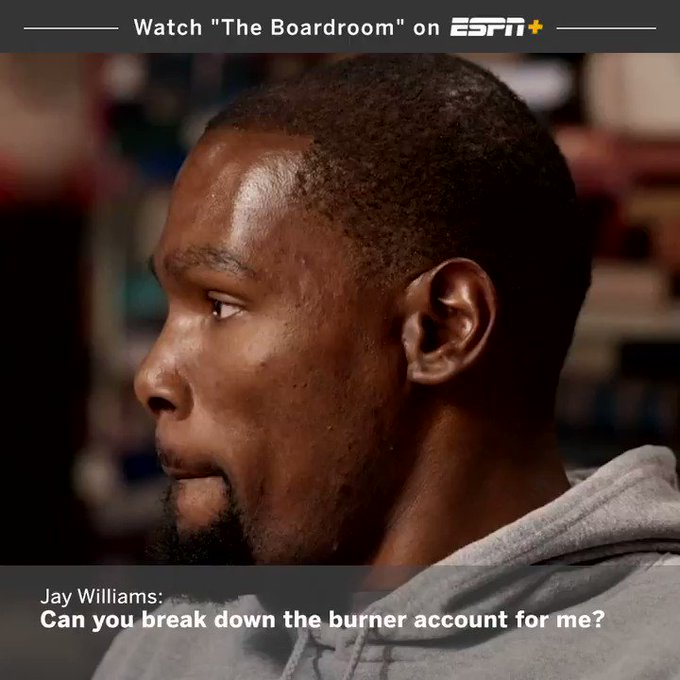 “I try to live a normal life out in the public …”

Kevin Durant made headlines in 2017 after his secret Twitter account was unearthed, and he’s shied away from social media since it was revealed. Durant recently addressed the situation during an interview on The Boardroom on ESPN+.

When asked about his burner account, Durant defended his decision, explaining, “I wasn’t used to that amount of attention, you know, from playing basketball. I wanted a place where I can talk to my friends without anybody just butting in my conversations or mixing my words or taking everything out of context because I enjoyed that place.”

Durant added, “I had an Instagram that I just use for my friends and family. Like it’s a cool place for me just to be me instead of worrying about Bleacher Report or Barstool mixing up anything I want to say to CJ or friends from back home, you know?”

Floyd Mayweather: A Fistful of Billions

Gervonta Davis Days With Mayweather Promotions Could Be Numbered

Boosie Admits He Caused Drama with His Baby Mothers Too: I...