Janet Jackson was inducted into the Rock & Roll Hall of Fame on Friday night at their 34th annual ceremony. The event took place at Brooklyn‘s Barclays Center.

During her speech, Jackson called for more women to be inducted. “Rock & Roll Hall of Fame, please, 2020: induct more women,” she said at the tail end of her address.

Elsewhere in her speech, Jackson, who was inducted by Janelle Monáe, thanked her family, fans, Paula Abdul, Questlove, Dick Clark, Don Cornelius, Herb Alpert, Jerry Moss, and others. “I witnessed, along with the rest of the world, my family’s extraordinary impact on popular culture—not just in America, but all around the globe,” Jackson said. “And as the youngest in the family, I was determined to make it on my own. I wanted to stand on my own two feet. But never in a million years did I expect to follow in their footsteps. Tonight, your baby sister has made it.” 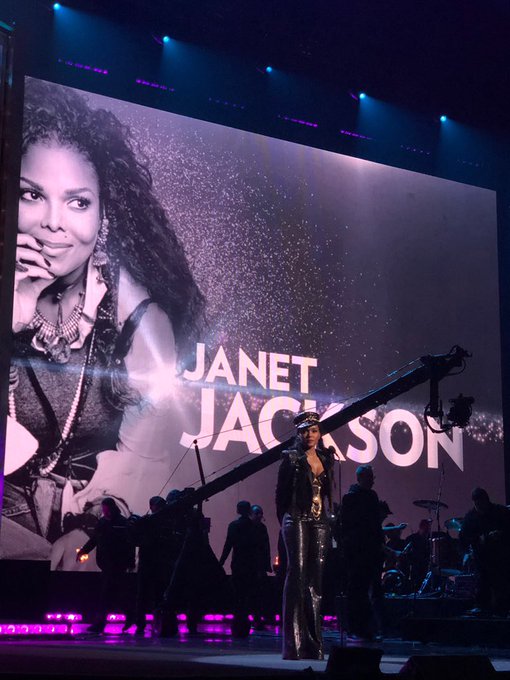 Members of the bands Radiohead, Roxy Music, Def Leppard, The Cure, and The Zombies were also inducted. Stevie Nicks, who was also inducted on Friday night, became the first women to be inducted twice. She was previously inducted back in 1998 with Fleetwood Mac. “This year, we had 15 incredible nominees, all immensely talented and all recognized for their great contributions to rock & roll,” a Rock Hall rep previously said of 2019’s class of inductees. 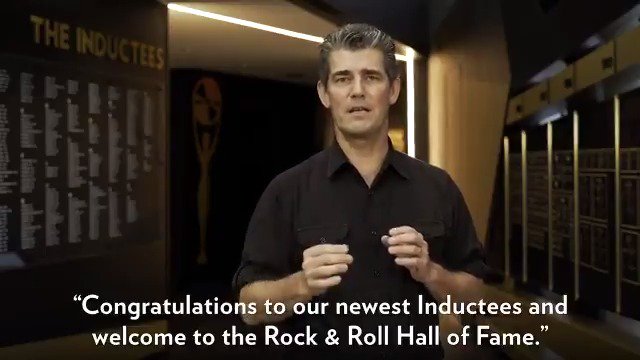 Your official #RockHall2019 Inductees are here – welcome to the Hall of Fame: http://bit.ly/2019Inductees-2

Check out Janet Jackson’s speech, as transcribed by Pitchfork, below.

Thank you so much. Janelle, thank you so much for your beautiful words. I’m really moved. This is a really big moment. When I was a kid, my dream wasn’t to be a singer. I wanted to go to college and I wanted to be a lawyer. It was my father’s dream. He wanted me to become this wonderful performer. He encouraged me. He was the first one to encourage me. And music became my passion.

In 1997, my brothers were recognized for their musical passion by being inducted into the Rock & Roll Hall of Fame. And I was so, so proud, as you saw in the clip. I was always crashing their rehearsals. I was always tagging along, always with my brothers. I witnessed, along with the rest of the world, my family’s extraordinary impact on popular culture—not just in America, but all around the globe. The entire globe. And as the youngest in the family, I was determined to make it on my own. I wanted to stand on my own two feet. But never in a million years did I expect to follow in their footsteps. Tonight, your baby sister has made it.

I didn’t do this alone, though, so there are a world of people that supported me along the way and I just wanna begin by thanking my incredibly strong family, my wonderful mother and father, as well as my sisters and my brothers, you guys never stopped believing in me. In the early ’90s—no in the early 80s—it was my father who took me to A&M Records when I was this unproven 14-year-old. Herb Alpert, Jerry Moss, they had enough faith in me to give me a record deal and I’m forever grateful to you and the entire A&M family, which includes you Jesus Garber. I also wanna thank Angela Winbush, Renee Moore, Leon Silvers, you guys were the first believers. Two great men, Dick Clark, Don Cornelius, you introduced me to this vast audience and to all the program directors and the DJs all around the world. You supported me and my music for the last 37 years. You’ve made all the difference and I thank you for that.

Jimmy, Terry, can you please stand up? Please stand up. Please, stand up. In the mid-’80s, you came to A&M Records and you were asked if there was any artist you would want to produce, who would it be? And you guys said, “Janet.” That’s the real story. That’s the real story. You guys are my two dads and so much more. You are brilliant producers, incredible songwriters, wise teachers, and my great friends. I salute you tonight for the body of work that we created but also for your contribution to the world of music. I love you guys so much.

I never thought i was a good dancer but I loved the way dancing made my body feel. And I have to thank all the choreographers I ever worked with, especially Paula Abdul, Anthony Thomas, Tina Landon, and Gil Duldulao. Even when it was hard for me to look at myself in the mirror, you guys made me feel so fabulous. Questlove you have been—can you stand up for me please, Quest, stand up for me please—you have been my biggest champion. Thank you so much. I have to thank my core JDJ team. Jessica Davenport, you were there over 30 years ago when I just started on “Good Times.” I love you, Jess. Jaime Mendoza, Terry Harris, you make my daily life run smoothly. Thank you so much.

I also wanna say a personal word to each and every fan. You’ve been with me every step of the way—through all my ups, all my downs. I have never, never have and I never will, take you for granted. I love you with all my heart. Thank you so much. Thank you God for giving us life and the ability to embody goodness. With God, all is possible and all is good. And I just, I wanna thank my baby, my beautiful son. He wakes me up every single morning singing his own little melodies. He’s only 2, you guys. And I want you to know you are my heart. You are my life. And you have shown me the meaning of real unconditional love. Mumma loves you, Eissa, ra-ra-ra! And Rock & Roll Hall of Fame, please, 2020: induct more women. Thank you so much for this honor. I love you so much. Thank you.

Serena Williams loses in 3rd round of US Open, likely marking end of solo tennis career