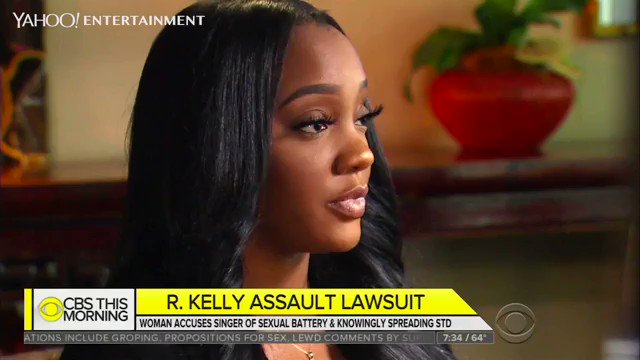 Another R. Kelly accuser says the singer told her “you just look about 14.” https://yhoo.it/2GGYyMm

A young woman, Faith Rodgers, is suing R. Kelly for not disclosing an STD to her. She also accuses him of sexual battery.

Kelly, an incredibly successful R&B singer-songwriter, has been accused of sexual misconduct allegations multiple times by former girlfriends. For decades now there have been concerns regarding R. Kelly and his relationship with underage girls, reports CBS News.

Ms. Rodgers claims she was in a relationship with Kelly when she was 19, for nearly a year before leaving, reports CBS News. She was allegedly subjected to abusive behavior.

R. Kelly would, for example, lock her up in his van for eight hours at a time and made her call him “daddy.” According to Rodgers, Kelly also recorded their sexual encounters on his iPad without her consent.

Rodgers, 20, believes Kelly, 51, “pursues teenage/underage” girls and “lures” them into engaging in sex acts. There have also been rumors that R. Kelly “raises” five other women who are controlled by the artist and forced to perform sex acts as part of a cult.

Rodgers said she is not looking for a settlement; she just wants to put an end to all this abuse. Her lawyers claim they will be seeking a jury trial. R. Kelly’s representatives had no comment on Rodgers’ allegations or the new lawsuit.

Rick Ross explains how he uses his massive mansion as an...