On Sunday (March 31), Nipsey Hussle was shot and killed in Los Angeles, a tragedy that has absolutely shattered the hip hop community.

As fans, friends and collaborators of the late Grammy-nominated rapper began to circulate touching tributes and pay homage on social media, Nick Cannonhas decided to take things one step further.

At the time of his death, the 33-year-old was currently in the middle of working on a documentary centering on telling the story of herbalist and healer, Dr. Sebi, who died in police custody at age 82. The naturalist claimed to have found a cure for AIDS and cancer, as well as worked with several high-profile clients, including Michael Jackson and Lisa “Left Eye” Lopes.

During his post paying tribute to Nispey, Cannon vocalized his plans to finish and release the in-progress documentary.

“I’m gonna say this only for the real ones to recognize. Where you left off, we gonna carry one! It’s a MARATHON, so I’m picking up the baton!” he wrote, sharing a photo of himself with the Victory Lap rapper. “Because they can’t kill us all! Spiritual Warfare is REAL and in full effect. And now your Spirit is protecting your community eternally! Your words, your steps, your walk always was and always will be SOLID! Now, Your message is my message! Your work is my work! I know you still rocking with us and your voice will never be silenced, because to be absent from the body is to be present with the Most High! So now that you are at Peace don’t Rest… Keep leading… Keep Shining King! Cosmic Love My Brotha!”

Cannon then went on to share a series of video clips of Dr. Sebi, further driving home his intent to finish the work Nipsey had started.

Fans have begun weighing in on the conspiracy theory that Nipsey’s death, which is being investigated by the LAPD, occurred in connection to the documentary given its controversial content. Some are adamant in the belief that Nipsey’s death was a result of his work trying to shed a light on the practices and teachings of Dr. Sebi. Many believe the famed herbalist was killed by the government because his alleged natural cure for AIDS would have taken away money and business from the pharmaceutical industry.

In February of last year, Nipsey detailed the documentary during an interview on “The Breakfast Club,” explaining the project’s focus on the case Dr. Sebi beat in 1985.

“Dr. Sebi went to trial in New York because he put in the newspaper that he cured AIDS,” Nipsey recalled. “He beat the case. Then he went to federal court the next day, and he beat that case. But nobody talks about it.”

Elsewhere during the interview, Nipsey also jokingly addressed the concerns for his well-being due to his work elevating Dr. Sebi, telling his fans to look out for him.

At the time of this report, law enforcement sources have revealed to TMZ the belief the fatal shooting was gang-related.

Take a look at Nick Cannon’s posts vocalizing his desire to finish Nispey Hussle’s documentary below. 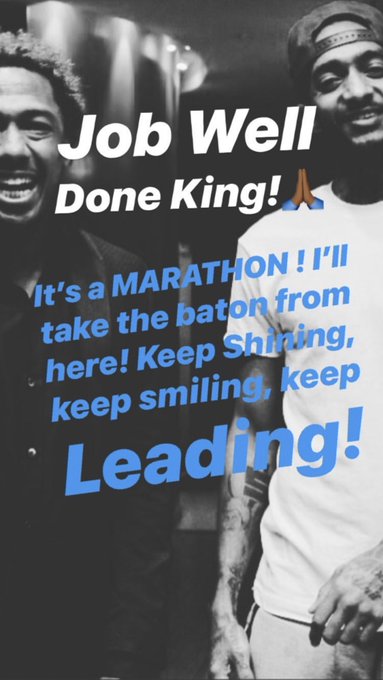 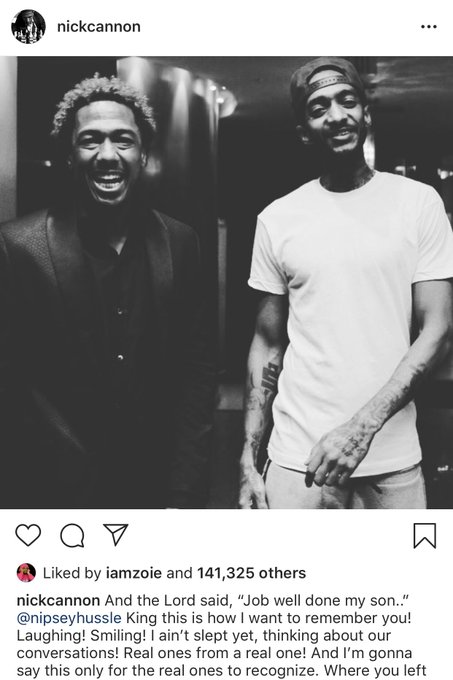 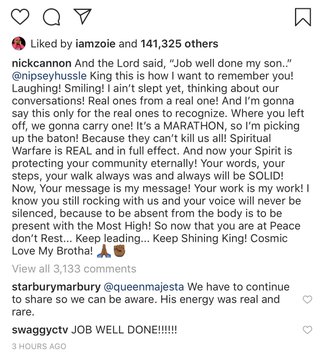