Jay Z has hired a lawyer for the family who were nearly killed by Phoenix Police Officers over a $4 doll their toddler took from a store. The family has filed a $10 Million lawsuit against the city, and Jigga is doing his part to help dismantle the KKK culture with the department.

According to AZCentral, the rapper’s philanthropic organization within his entertainment company ROC Nation has secured high-profile attorney Alex Spiro, who is demanding the termination of the race soldiers who threatened to kill the family. Spiro has also announced plans to file a lawsuit against one of the officers for child neglect, NewsOne reports.

Viral video of the May 29 incident shows Phoenix police officer Christopher Meyer screaming threats and profanity toward a family in a van; Dravon Ames, 22, his pregnant fiancé Aisha Harper, 24, and their two young daughters.

“You’re gonna fucking get shot!” the cop yells at one point. “I’m gonna put a fucking cap in your fucking head.”

As  previously reported, Ames, Harper and their daughters, Island, 4 and 1-year-old London, were held at gunpoint after their 4-year-old (Island) walked out of a dollar store with a Barbie-like doll – unbeknownst to the parents.

CURRENT FACT SHEET SUMMARY OF PHOENIX POLICE RESPONSE TO SHOPLIFTING INCIDENT RESULTING IN OFFICERS BEING REMOVED FROM THE STREET AND ASSIGNED TO DESK DUTY: https://www.facebook.com/phoenixazpolice/photos/a.301060533302534/2692890270786203/?type=3&theater … 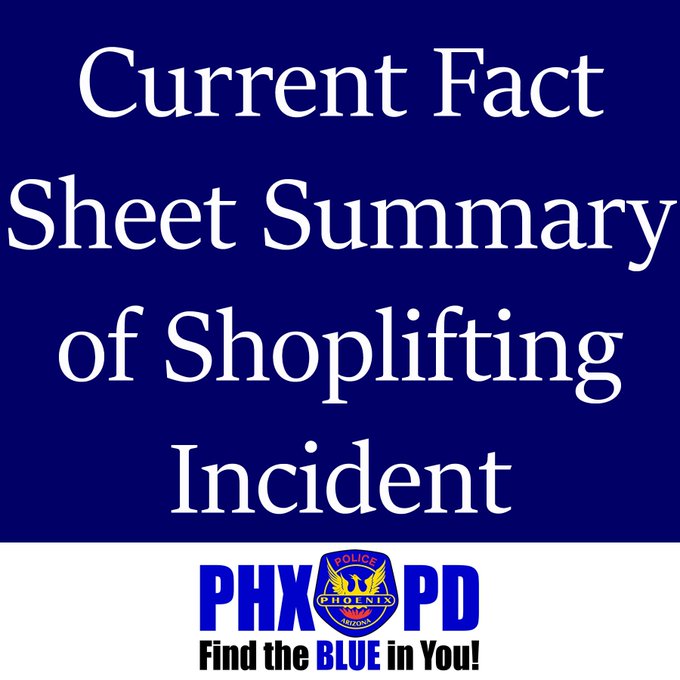 Officers involved:
Christopher Meyer 06254
Nicholas Welch 09372
Agnes Milbourn 09118
Brian Herricht 09054
The home addresses of the above police officers will be released by me in 48hrs should they not be stood down from the department.

1,214 people are talking about this

Video of the encounter was recently released, and it shows officers cursing at both parents while ordering the family to put their hands up and get out of their vehicle.

As she’s holding her children, Harper tells the officers she can’t open the door because it doesn’t work properly. The triggered race soldier then threatens to shoot her.

“You’re going to f*cking get shot!” he shouts, pointing a gun at the vehicle. “Are you f*cking deaf? Get out the f*cking car!”

Meanwhile, another officer pulls Dravon Ames out of the car, roughing him up as he puts him in handcuffs. He’s seen slamming Ames’ face against a cruiser, kicking his legs, and punching him in the back while he’s pinned to the police car. The officer screams at Ames, “When I tell you to do something, you f*cking do it.”

As expected, the arresting cops lied in their reports, neglecting  to mention their threats to kill the family. They also reportedly turned off their dash and body cameras. As one Twitter user noted, “This is not unconscious bias. It’s malicious, calculated, life-threatening racism.” 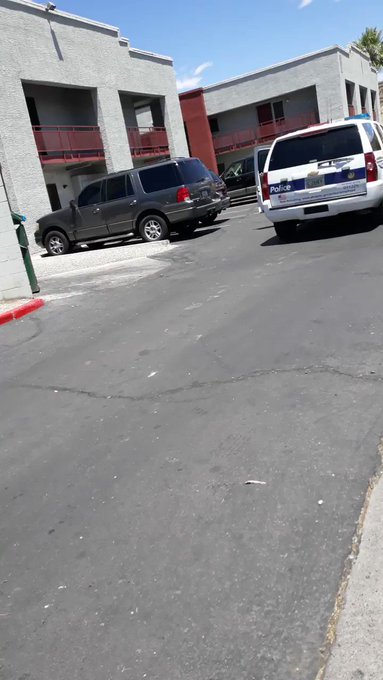 On Saturday, ABC15 obtained a copy of the full police report, which was written by Meyer and found there were major differences in what was seen on the video and what was written.

Meyer made no mention of holding the family at gunpoint only writing that “Iesha was then removed from the vehicle.” He also did not note how Ames was kicked in the leg while in handcuffs stating only that Ames “began to tense his arms and turn back towards me. I made him spread his feet.” He also failed to mention that he ordered the mother to put her child on the ground as he claimed Harper “refused to put the child down. She became loud, verbally abusive and refused our commands.”

“There is no place for that behavior in our world – let alone our justice system – and we are calling for the immediate termination of the police officers in question,” ROC Nation Managing Director of Philanthropy Dania Diaz said. “We are committed to supporting the family to ensure that justice is served.”

Phoenix Police Chief Jeri Williams, who is a Black woman, released a video on the department’s Facebook page on Friday saying she was “disturbed by the language and actions of our officer.” In a separate video, she addressed the findings of a new database that outed racist Facebook posts made by police officers around the country, many of whom work with the Phoenix Police Department.

Another angle of the incident filmed by a different resident of the apartment complex where Ames and his pregnant fiancee were dropping off their kids with a babysitter show a Phoenix police officer trying to yank the child from the mother’s arms. pic.twitter.com/pTb07lZAXD 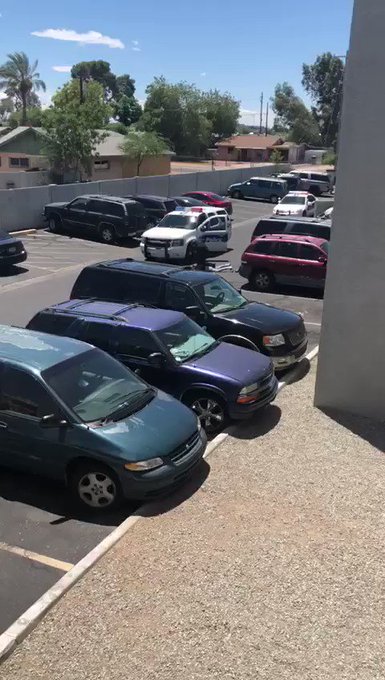 2,072 people are talking about this