Dame Dash is looking to heal some past wounds and has taken the first step toward repairing some bruised relationships.

Taking to Instagram, the hip-hop mogul posted a series of videos on Monday (Feb. 11) and addressed the likes of JAY-Z, Steve Stoute, Lyor Cohen, Jim Jones and Roc-A-Fella’s Kareem “Biggs” Burke with apologies.

9 highlights from “State of the Culture” episode 14

In the years following the disintegration of the original Roc-A-Fella Records, which was led by Dame Dash, JAY-Z and Kareem “Biggs” Burke; fans have consistently pleaded with the three former business partners and friends to put their differences aside. Without going into too much detail about the specifics, Dame explains how he’s working through his transgressions and apologizes to those he may have wronged.

Dame recently gave an interview during which he vocalized his frustrations regarding the pressure he felt to stay silent regarding R. Kelly’s alleged sexual abuse of Aaliyah and touched on how her passing deeply impacted his perspective.

“I’m sorry, man. I wasn’t myself for a second. Aaliyah had me f—ked up,” he continues. “And Biggs, I’m sorry bro if I offended you. Whatever you doing, I’m with it. I love you, man. I know y’all mad at me, but whatever, I’m sorry. I can admit it. When I make some money, I’ll send you something because you my brother. I love your family.”

Dame also says he even extended an olive branch to Jim Jones. The pair have had ongoing tension between them since the Dipset rapper referred to him as a “culture vulture” in 2014.

“I called Jim Jones today like I miss him,” Dame admits. “I don’t know if y’all know, but I miss him. As a brother, I love his family. I want him to be happy. And Jay, you know, the friendship we had was cool, man. I just miss it. But whatever he doing, he doing. But I’m cool with it, bro.”

While Dame did not mention Funk Flex during his series of apologies, the veteran radio DJ commented on the matter and issued his own apology in response.

“This is the guy I met mid-nineties,” Flex captions an IG post. “I watched this guy build something out of nothing! I’m glad to see that man return! Social media would rather see him be a bull in a glass house!”

Flex then goes on to state that “real men” always apologize when they are in the wrong and added that Dame “didn’t just apologize… he said what bothered him and he misses his friends! Don’t clown him for it, applaud him! Only good can come from this!”

See Dame Dash’s apology videos and Funk Flex’s response in the posts below. 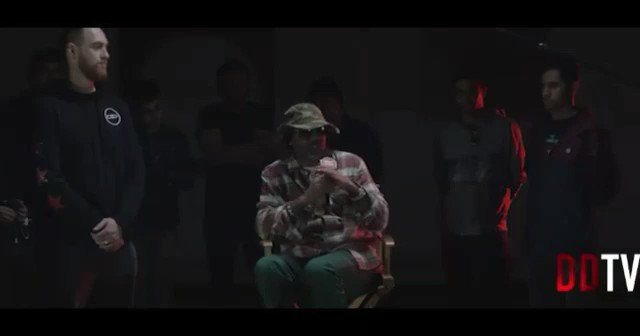