It’s never too late to add an additional educational accomplishment to your mantlepiece. In Michael Bivins’ case, his newest accolade just happens to be a high school diploma. The New Edition and Bell Biv Devoe musician was a sophomore when he waved goodbye to Massachusetts’ Bellmont High School to go on the road with his band of brothers. While he obviously went on to be a hometown and international success story, there’s nothing quite like coming back to finish what you started.

Last Friday (June 8), after 37 years of being away, the Roxbury, Mass. native came back to Bellmont High to suit up in a cap and gown—which he reportedly teared up about—and receive his honorary high school diploma.

His wife, children, mother, high school basketball teammate and an auditorium of supporters and fellow graduates cheered Bivins on as he walked across the stage. He would have been part of the Class of 1986. 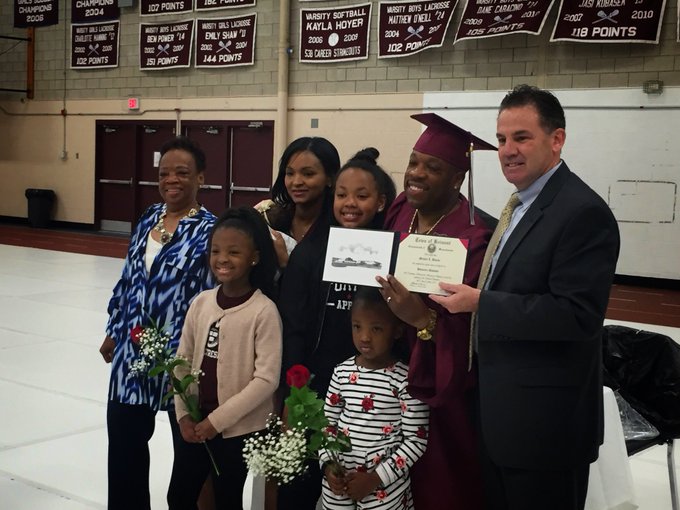 The day before his big graduation day, Bivins took a private stroll down memory lane to reacquaint himself with the school grounds.

Serena Williams loses in 3rd round of US Open, likely marking end of solo tennis career