Chris Rock has gotten himself in a bit of digital trouble with Bobby Brown.

Over the weekend, the acclaimed entertainer reposted a viral meme depicting an archived throwback photo of an unamused Whitney Houston. While the caption on the tweet reads, “Me sitting in a meeting that could’ve been an email,” Rock took things a bit further.

On his post, he wrote a caption poking fun at Houston’s known struggles with drug addiction.

“Hurry up I got crack to smoke,” he added.

While Rock’s post has since been deleted, the damage has been done and screenshots have begun surfacing. Brown, who was married to Houston from 1992 to 2007, got wind of the post and decided to share some stern words with Rock on the matter.

“When I see you on site I am going to smack every tooth out of your mouth,” Brown wrote in response. “I thought you was a friend to my family but when I see you I’m a bust your ass. During this time of women empowerment you chose to use your time to try and humiliate our QUEEN!”

Due to his arguably disrespectful post, Rock also got ample backlash from other colleagues and fans on social media, with many calling him out for his “poor taste.”

“I was already disappointed in Chris Rock (who I’ve known for years) for finding humor in Louis C.K. & Ricky Gervais’ use of the N-word. Now he’s making fun of my dearly departed friend, Whitney Houston, on IG. Addiction is NOT a laughing matter,” TV producer Elgin Charles tweeted.

At the time of this report, Rock has not publicly apologized or acknowledged either his now-deleted post or Brown’s response.

Houston, who reportedly struggled with substance abuse throughout her decorated career, died in 2012. Her death was ruled an accidental drowning and the toxicology report showed there were multiple drugs in her system. Three years later, Bobbi Kristina, her daughter with Brown, died in a similar fashion. 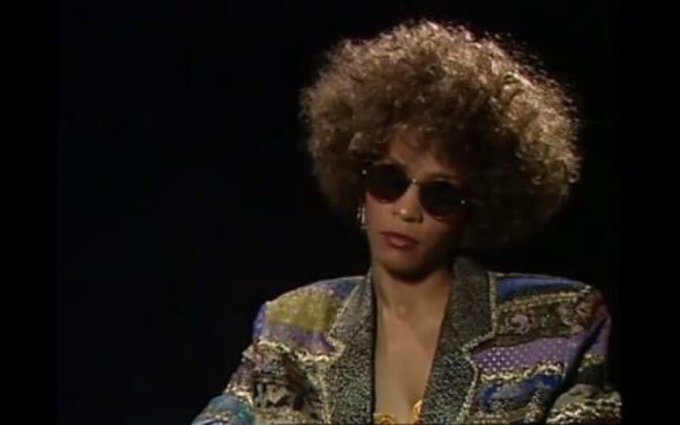 Me sitting in a meeting that could’ve been an email:

30.7K people are talking about this

Meek Mill and Boosie Are Convinced DaBaby Has Been Banned