The Virginia Beach Police Department said the incident remains an active investigation but that Whitaker was apparently hit by a vehicle at around 10 p.m. Sunday when he was walking at an intersection.

“When officers arrived on scene they located an adult male victim who had been hit by a vehicle. The victim succumbed to his injuries on the scene,” Virginia Beach Police Department spokesman L.M. Bauder said in a statement. “The driver of the vehicle remained on scene with police.”

Known as “Sweet Pea,” Whitaker, a southpaw from Norfolk, Virginia, was revered as perhaps the best defensive fighter in history as his slick moves confounded opponent after opponent.

Whitaker, who was elected into the International Boxing Hall of Fame in 2006, won world titles in four weight classes. He was the undisputed lightweight world champion and also won titles at junior welterweight, welterweight and junior middleweight as one of the dominant forces in boxing for much of the 1980s and 1990s. He won a gold medal at the 1984 Olympics.

“That’s all I can say about him,” he told the newspaper. “I can’t really say how I’m feeling because I’m feeling shocked. I’m still trying to process everything that’s going on. But he was a cool guy.”

Main Events promoter Kathy Duva, whose company promoted Whitaker throughout his career and who remained close to Whitaker after his retirement, also mourned his death.

“I loved Pernell Whitaker and he loved me — there was no doubt,” Duva, whose late husband Dan signed Whitaker out of the amateurs along with several 1984 U.S. Olympians, told ESPN. “He was this person who was only comfortable in the ring. He had demons, but when he was in the ring, that was when he was in control and when he was happy and when he was the very best at what he did, and he wanted to show that to everybody.”

Whitaker (40-4-1, 17 KOs) may have had four losses and a draw on his record, but to many he truly lost only twice, in the final two bouts of his career: a one-sided decision to then-prime welterweight world titleholder Felix Trinidad and a fourth-round stoppage loss to Carlos Bojorquez when Whitaker suffered a broken clavicle.

Whitaker, struck by car, dies at 55

A split-decision loss for a lightweight world title to Jose Luis Ramirez in 1988 and the loss of his welterweight belt to Oscar De La Hoya in 1997 were highly controversial. But nothing was more controversial than the draw he was saddled with against Julio Cesar Chavez Sr. on March 12, 1993.

Chavez, the reigning junior welterweight titlist at the time, moved up in weight to challenge Whitaker for his welterweight world title before some 65,000 at the Alamodome in San Antonio in a showdown for pound-for-pound supremacy. Whitaker appeared to win handily, but while one judge scored the fight 115-113 for Whitaker, two others scored it 115-115, resulting in a majority draw that remains perhaps the most controversial decision in boxing history. The cover of Sports Illustrated days later showed a photo of Whitaker landing a punch with the headline “Robbed!”

The International Boxing Hall of Fame announced that it would fly its flags at half-staff in Whitaker’s memory.

“From Olympic gold to world championships in four weight divisions, Pernell Whitaker was one of the greatest boxers to ever lace up a pair of gloves,” said Hall of Fame executive director Edward Brophy. “Everyone at the Hall of Fame joins the boxing community in mourning his passing and offers our condolences to his family.” 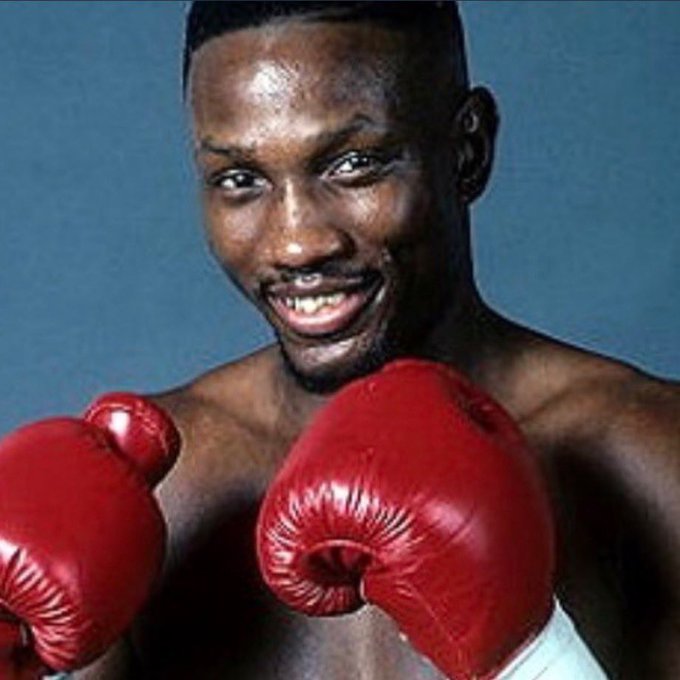 I am saddened to learn of my good friend and Olympic teammate Pernell Whitaker’s untimely passing last night.
We share so many great memories. He was small in statue but yet so big in heart and skills inside the ring, there will never be another like him, he will truly be missed

As great as Whitaker was, many often wondered how much greater he could have been without the drug addiction that plagued him throughout his career. His problems continued in retirement, when he survived a cocaine overdose and in 2002 was convicted of cocaine possession.

“He had a lot of problems outside the ring and those problems probably cut his career short,” Duva said. “He was far from a perfect person and a pain in the ass at times, but I still loved him. He was one of the greatest boxers of all time. There’s no doubt.”

Whitaker, trained by the longtime team of Lou Duva and George Benton and managed by Shelly Finkel, won his first world title at lightweight by outpointing Greg Haugen in 1989. Two fights later, Whitaker avenged the draw against Ramirez by winning a unanimous decision to retain the title. During his lightweight title reign, Whitaker also defeated fellow future Hall of Famer Azumah Nelson by clear decision and then stopped Juan Nazario by rare first-round knockout to become the undisputed champion.

Whitaker, who made his professional debut on ABC with several of his Olympic teammates at Madison Square Garden in New York and eventually became a staple on HBO, moved up to junior welterweight in 1992 and outpointed Rafael Pineda to win a 140-pound world title. In 1993, in the fight after the megafight with Chavez, Whitaker notched the first of his two decision wins over Hall of Famer James “Buddy” McGirt to win a welterweight world title, which he would defend eight times before losing it to De La Hoya.

“Pernell Whitaker was beautiful — both as a fighter and as a human being,” HBO, which was his longtime television home, broadcasting 19 of his fights, said in a statement. “An artist in the ring, ‘Sweet Pea’ appeared on our World Championship Boxing platform for a decade (1990-1999), giving fans many unforgettable moments. His is a Hall of Fame legacy, which we are forever grateful to call our own heritage. Pernell’s passing is a great loss. We send our condolences to his family, as well as his extended family at Main Events and throughout the boxing community.”

“I’m deeply saddened by the loss of this great champion, who gave a tremendous amount of joy to those who watched him,” De La Hoya, now chairman of Golden Boy promotions, said in a statement. “It was an honor to share the ring with him. In terms of his defense and ring generalship, Pernell Whitaker was the best fighter that I ever fought. On behalf of everyone at Golden Boy, we send our prayers and condolences to his family and friends.”

During his welterweight reign, Whitaker made a one-fight jump to junior middleweight and outpointed Julio Cesar Vasquez in 1995 to win a title in his fourth division.

Following the loss to De La Hoya, Whitaker outpointed Andrey Pestriev but tested positive for cocaine, and the result was changed to a no decision. Sixteen months later, Whitaker returned, but he was a shell of himself against Trinidad.

As an amateur, Whitaker went 201-14 and not only took home gold at the 1984 Los Angeles Olympics but also won gold at the 1983 Pan American Games and a silver medal at the 1982 World Championships when he was only 18.

During his retirement, Whitaker dabbled as a trainer and remained close to Duva and her staff at Main Events. They would bring him to events and schedule him for personal appearances and autograph signings.

“He always brightened my day and he was very loyal to our family,” said Duva, who recounted the story of Whitaker’s unusual wedding to ex-wife Rovanda Anthony on Dec. 21 1985, in Virginia Beach.

Main Events was promoting a card at the Virginia Beach Pavilion Convention Center. Whitaker was not boxing on the show, but his Olympic teammates and good buddies Holyfield, Mark Breland, Meldrick Taylor and Tyrell Biggs were.

To help promote the event, Main Events went to Whitaker, who was popular in the region, with the idea of having him and Rovanda wed in the ring in front of the crowd after the show.

“We thought, hey, here’s an idea but we can’t actually do that, can we?” Duva said. “But we said we can ask him, right? He jumped at it and Rovanda loved it also. After the fights, we dropped the ropes and they got married in the ring. We ended paying for the wedding and had the reception after the show at the fight hotel.”

Whitaker is survived by three of the four children they had together — Pernell Jr. died a few years ago — and a daughter from a previous relationship.

Gervonta Davis Days With Mayweather Promotions Could Be Numbered